I often times find myself discussing equipment selection or training programs and shaking my head. There seems to be a pretty common disconnect in new gun owners that occurs and I would like to take a moment or two of your time to address what I see as a pretty severe issue that needs to be addressed. This is going to sound counter to what you would expect out of me, but before you navigate away from the page please read the entire article. OK, deep breath, the mere possession of a firearm does not make you any safer.

Before you tar and feather me please let me elaborate. The firearm is an extremely important part of the self defense equation, but I don’t think it should be the first step for anyone. “Safety is something that happens between your ears, not something you hold in your hands.” – Jeff Cooper

So here are a couple things to think about before you choose to incorporate firearms into your life, or maybe something you should think about if you’ve already made the decision to do so. And since I love bullet point (pun intended) lists, here’s another one. 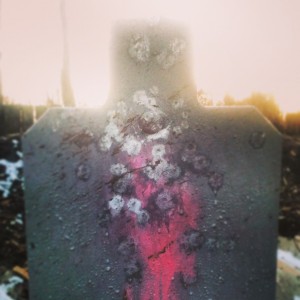 So I’ll sum up, in case you’re tired of reading my lists and just skipped to the bottom. Make a training regime that fits your time and budget. There are things outside of the range that you can be doing that will increase the likelihood of your survival better than turning money into smoke and noise twice a month ever will. Make training something that challenges you, whether physically or mentally, so that you’re actually getting something out of the investment of your time and money. If you can shoot the center out of the 10 ring at 7 yards bump it back to 10, or 15, or whatever. My final point, when you envision whichever scenario it is you have in your head that may require you to use a firearm, stack the deck against yourself. Do not fall into the “Most shootings occur…” trap. While there are certainly statistics that give us an indicator as to what happens in a large number of gunfights, there are always exceptions and outliers, and you never know when one of them is going to jump up and say hello. If you’re already taking out a little personal insurance policy in the form of carrying a gun, take out just a tiny bit more and spend some time getting good with it.

As always, thanks for reading, be safe, and Train! 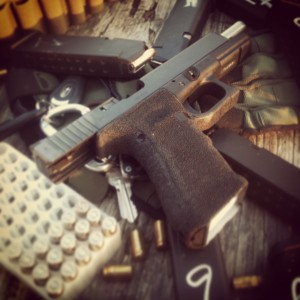 @radicaleb was on, and as always, we went off the

Webpage is finally fixed and @armed_and_styled was

@tamarakeel took a picture of me on an honest to g

These people are my family. If you saw us standing

A few weeks ago I picked this @official_staccato20

Meet Jester. She’ll be 12 weeks old on Friday an