Wilson Combat 870 and Federal #1 buckshot. 7, 10, 15, and 25 yards respectively. I’m shit with a shotgun right now. Pulled the 7 yard and 15 yard shots right a bit. Also have an awesome video of me short-stroking it. Practice time.

Both the Wilson Combat project guns in one photo, oh my. The 870 is wearing the prototype ARID Products Q-DC side saddle. The portion that actually holds the shells is detachable, and can be replaced on the fly. The best part is that the side saddle “magazines” will fit into a lot of Standard AR pouches. I’m looking forward to playing with it. 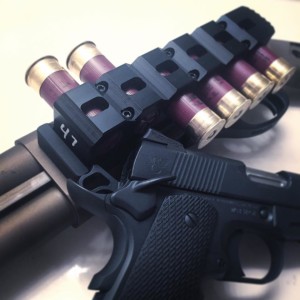 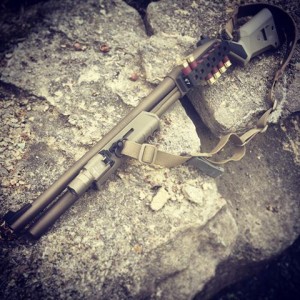 Running the Wilson Combat 870 and the ARID Products Q-DC sidesaddle. I’ve got a lot of work to put in before I’m anything approaching proficient with a Splattergun.

3 rounds of Federal Flite Control #1 Buckshot at 15 yards out of the Wilson Combat ‪#‎BoomStick‬. Accounting for aiming variations, it’s patterning about 6″ at that range. Keep in mind that’s a payload of 15 .30 caliber pellets. I am pleased. 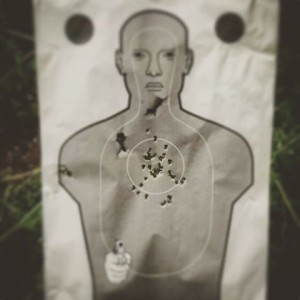 Awesome ‪#‎mailcall‬ from Vangcomp Systems for the Wilson CombatBoomStick. Can’t wait to get this thing together to shoot it. 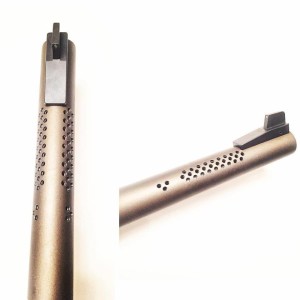 5 rounds at 25 yards, standing unsupported, of Federal LE 132 1B. Which is a 15 pellet #1 buck reduced recoil 12 gauge load utilizing the Flite Control wad. Fired from the @wilsoncombat ‪#‎BoomStick‬ With the @vangcomp ‪#‎VoodooWork‬ . Of the 75 total projectiles launched, 64 of them impacted inside of the 8″ target circle, for a total “hit” rate of 85.33%, compared to the 00 buck’s 87.5% hit rate, accounting for human error makes the difference between the two negligible. Once again remember that this was shot standing unsupported. Were we to remove the shooter as a factor I suspect, just like with the 00 buck, we’d see closer to a 95%+ “hit” rate, though this does show what I consider to be a fair representation of practical accuracy.
What IS of particular interest to me however, is that while the accuracy of both loads is comparable, with the #1 buckshot you are putting nearly double the number of holes in your target. Further experimentation is required, particularly at closer/further distances, before I pick a favorite, but so far I am leaning towards the #1 buckshot for my purposes… 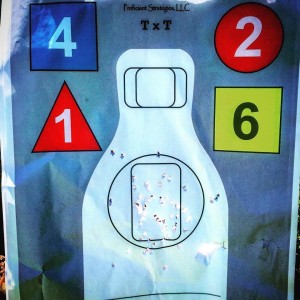 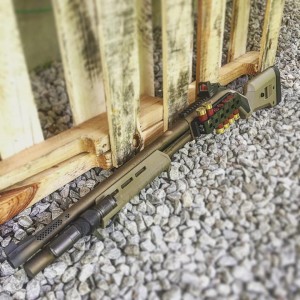 Wilson Combat BoomStick with the Vang Comp Systems, Inc VoodoWork on a TacStrike 1/4 scale at 50 yards. Federal #1 Flite Control then a 1oz slug at the end…

Honored to be included in @davidyamane ‘s new bo

So far so good. ETA: I am absolutely fine failing

TMW: The drawstring on your sweatpants prints more

Back at it today.